Food, Kitchens and Gardens in the Amana Colonies 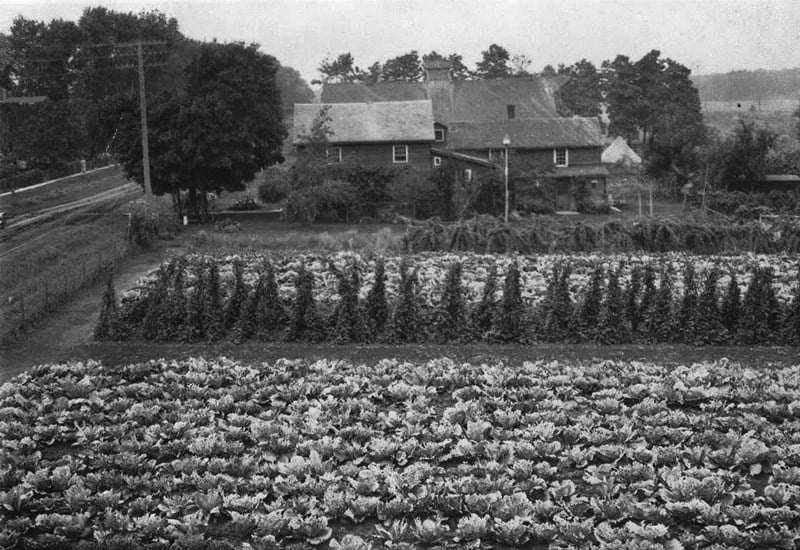 “We ate well.  We had a great variety of foods… the kinds of soup we had, the kinds of vegetables and pickles, the salads, if you made a list of all the foods, it would be pages and pages … and it varied with the season.


In the early 1700s a small group of southwestern German and adjacent Swiss and Austrian worshipers, unhappy with Lutheranism, formed their own religious community.  These Inspirationalists believed not only in the “sure foundation” of the Bible, but also in God’s fundamental desire to communicate with humanity.  People known as Instruments (Werkzeuge) possessed the gift of inspiration and helped guide the community in both spiritual and secular matters.  Because of their belief in direct inspiration from God, and refusal to undertake military service and oaths of secular loyalty, the Inspirationalists were in constant conflict with German and neighboring authorities. Relations eroded until July, 1842 when inspired by prophecy, leader Christian Metz led 800 church members to the new world and promise of religious freedom.  They created a settlement called Ebenezer near Buffalo in upstate New York, which soon outgrew its resources.  The community then looked westward for a better location, and they found their promised land in the spring of 1855 along the banks of the Iowa River in eastern Iowa.  Within a decade seven villages with a combined population of over 1500 had been established as well as an industrious economy based on farming, grist mills, woolen mills, sandstone quarries, brickyards, lumberyards, and calico production.

A unique aspect of the Amana Colonies was that for their first 77 years of existence all property and goods were owned by the community.   This communal lifestyle was adopted out of necessity when the immigrants realized that only by pooling all of their resources would it be possible to successfully maintain the settlement and ensure for the welfare of all.  Work was done not to embellish one’s personal wealth, but to maintain and improve the community 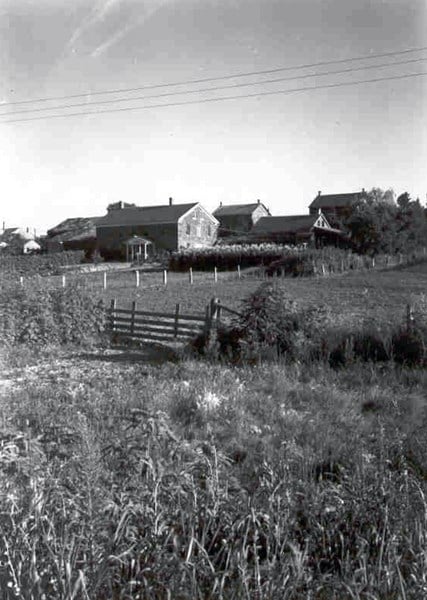 as a whole.  Although no wages were ever paid, the community provided all members with housing, medical care, education, clothing, household items, and food.  Three meals (breakfast – Frühstück; lunch – Mittagessen; dinner – Abendessen) were served every day of the year in up to 55 communal kitchens scattered across the settlement, each which fed anywhere from 30 to 45 people.  The food cooked in these kitchens reflected the Swabian/Swiss/Austrian origins of most immigrants, and was characterized by simple, hearty seasonally-inspired meals.

While some items like dairy and meat were provided by tradesmen elsewhere in the village, much of the food served by each kitchen was grown in its own dedicated garden, which was a collaborative effort between the head gardener (Gartenbaas) and head cook (Küchebaas).  These gardens grew a wide variety of vegetables which the colonists had brought with them from their old life in southern Germany, and included not only plants originally domesticated in Eurasia (onions, leeks, lettuces, celeriac, radishes, cabbage, cucumbers, carrots, beets, salsify), but also indigenous American crops which were returning to their ancestral hemisphere after having been grown and bred in Europe for more than two centuries (tomatoes, green beans, potatoes).  As a result the kitchen gardens not only fed their assembled families but at the same time served as a refuge for endangered heirloom crop plants well into the 20th Century.  The University of Iowa Press has just published “Gardening the Amana Way” in which Lawrence Rettig of South Amana -- who maintains a seedbank of heirloom Amana vegetable varieties -- considers in detail the gardening traditions of the Colonies.  Please check it out.

The Great Depression sent shock-waves through the self-sufficient Colonies, as the outside market for their goods evaporated along with the ability to bring capital into the settlement.  After much consideration, the elders decided the only way to prevent endangerment of the entire enterprise was to abandon the communal lifestyle, and distribute resources among the inhabitants.  Thus, the communal kitchens were shuttered in the spring of 1932, with the buildings distributed to individual families and the kitchen equipment sold.  Across most of the seven villages many a former Küchebaas and her family took their skills at cooking for crowds and opened restaurants within the former communal kitchens, including iconic establishments like the Ox Yoke Inn, Colony Inn, and Ronneburg Restaurant.  The Amana Colonies soon became synonymous in Eastern Iowa with home-style German food, a tradition that continues through today.  Throughout Jeff’s childhood, going to the Amanas for a meal was one of the most eagerly anticipated eating events of the year.

When the communal kitchens closed, most Amana families were faced for the first time with cooking for themselves.  This was complicated by the fact that the cherished recipes were ten times larger than what a family could eat.  In 1945 the women of the Homestead Welfare Club tested and assembled Amana Colony Recipes, a cookbook of family-sized communal kitchen recipes, preserving this culinary heritage for future generations.  This little cookbook has been in print ever since.  In the 1990s Emilie Hoppe and the Amana Arts Guild undertook a more thorough investigation of Colonies cooking through oral history and the sharing of an even greater number of traditional recipes in her book Seasons of Plenty which is now published through the University of Iowa Press.  The wealth of information combined with the lovely black and white etchings of Colony life by Rachel Ehrman, make this book a treasure. Thanks to these two works, it is possible for us to explore the traditional foods of a communal way of life that long ago vanished from America’s ethnic heartland. 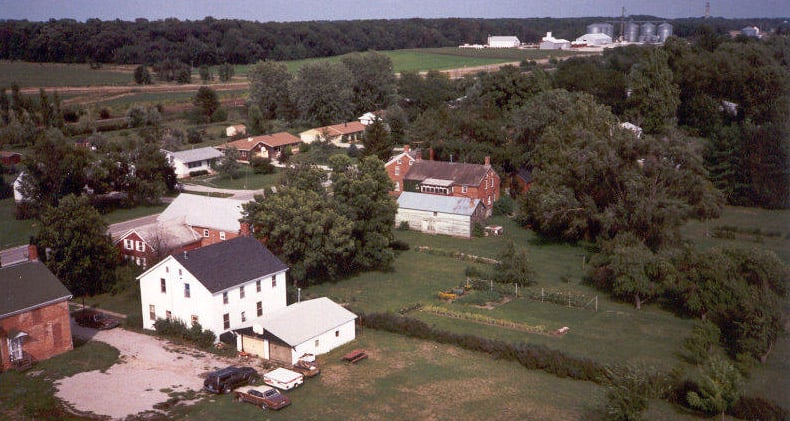 German cooking in general, and Amana communal cooking in particular, was in no way vegetarian, making liberal use of lard and various meats.  However, glancing through Amana Colony Recipes and Seasons of Plenty quickly instructs the reader that Colony residents were accustomed to eating many meatless-dishes based on the bounty streaming in from their kitchen gardens and the surrounding landscape.  With careful attention to meal planning and a bit of kitchen creativity, it is possible to make tasty, satisfying vegetarian German meals that are authentic to the Colonies communal kitchen experience.   In this spirit, we’ve created two vegetarian meals -- a lunch and a dinner.  They celebrate spring bounty as it would have been in the communal Amana kitchens of a century ago. 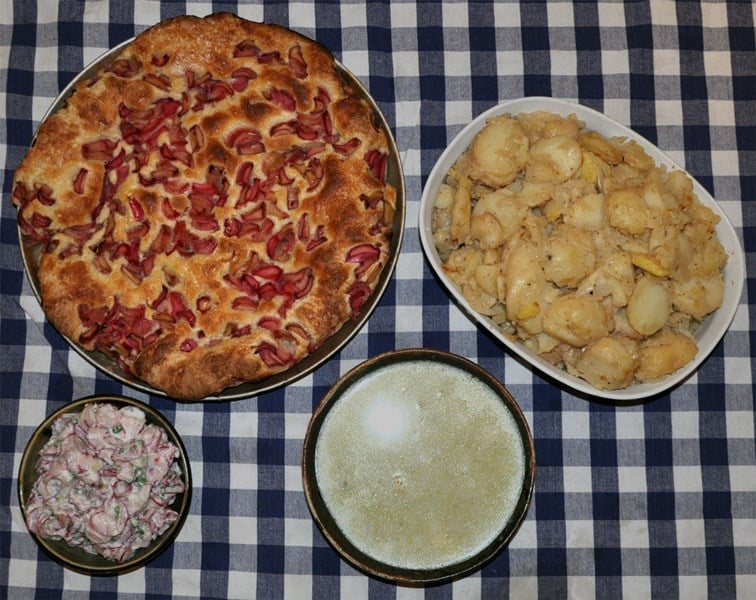 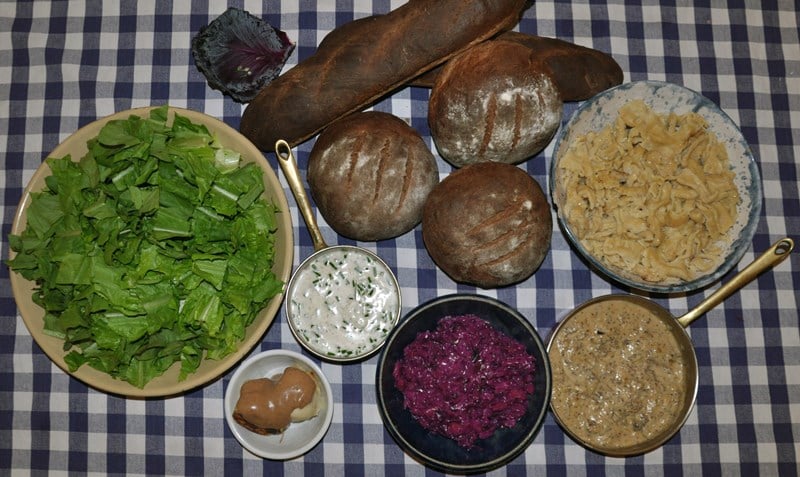 
Heartfelt thanks are offered to Lanny Haldy and the Amana Heritage Society for permission to use the archival photographs displayed in this entry.