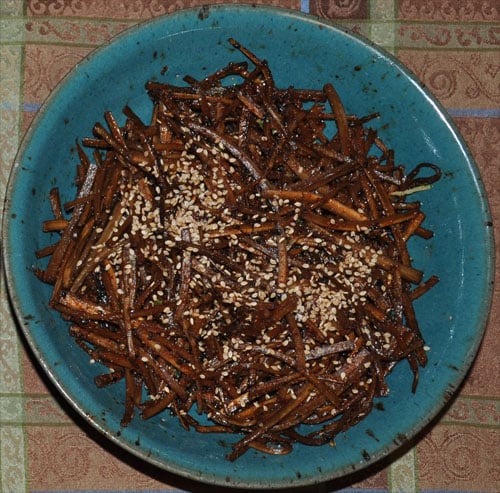 Another important group of bentō dishes are foods cooked in a soy sauce, sake, sugar, and dashi stock until the liquid is almost cooked out and becomes a thick sauce.  These braised dishes are rich and savory and are an excellent counterpart to the sharp-tasting sunomono.

The stock used in Japanese cooking is dashi.  Unlike European stocks that are long-simmered, dashi is more of a quickly-made savory tea.  The most common dashi is made from shavings of dried bonito, a type of mackerel.  However, vegetarian dashi also exists, as it is required for Buddhist temple food.  In this case, we’ll use dried shītake mushrooms for our base.

Soak shītake and kombu in hot water for 30 minutes.  Remove mushrooms and kelp.  Reserve the shītake for later recipes

One of our favorite Japanese vegetables is gobo (牛蒡), the long, narrow root of the Great Burdock (Arctium lappa) which was initially domesticated in northern China.  Although its current use in China is primarily as a medicinal plant, it is regularly eaten as a vegetable in Japan.  Its 1” diameter roots grow up to a yard long in rich, loose soils, and are crisp with a mild sort of woody and slightly sweet flavor.  The peeled root and matchsticks should both be soaked in water for at least 15 minutes to remove chemicals which will impart a harsh taste.  In the following recipe, julienned gobo strips are further blanched in boiling water to remove even more of this chemical, making for a wonderfully savory and crunchy treat..

Peel gobo and cut into 3” long sections.  Place into a bowl of water.  Let soak for 15-30 minutes.  Cut each section into matchsticks, and return to the bowl of water. 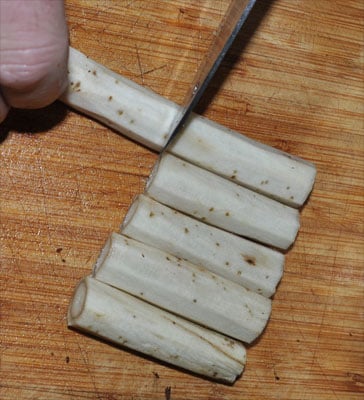 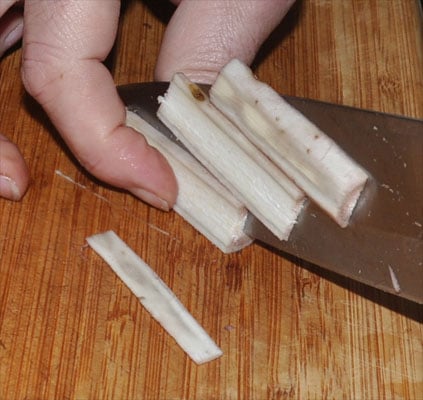 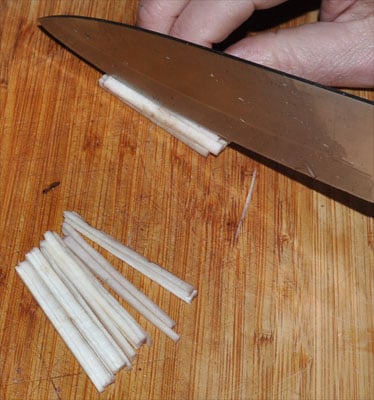 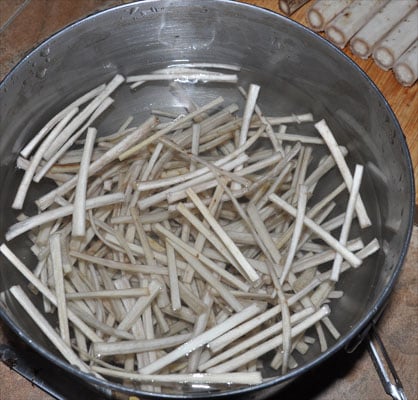 Heat 4 cups of water to a rolling boil and cook the cut gobo for 5 minutes.  Drain.

In a large skillet, heat vegetable oil over high heat until almost smoking.  Add the drained, blanched gobo and stirfry for 2 minutes.  Add in the soy sauce, sake, mirin, sugar, and shītake dashi.  Cook, stirring occasionally, until the liquid has almost completely evaporated.  Remove from heat.  Mix in the sichimi togarashi, and place in a serving bowl.  Garnish with sesame seeds.

While we usually do not opt for pre-made spice mixes, we'll make an exception here for sichimi togarashi, simply because it calls for dried tangerine peel and sansho pepper that are much more difficult to obtain than the perfectly adequate premixed sichimi available at any Japanese  or Korean market.  You'll also need to find your kombu (dried kelp) at the same market.