Jeff and Linda's Kitchen of Diversity 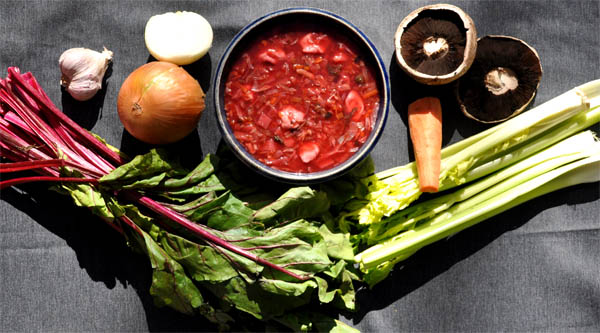 An Ukrainian Proverb states:  'Borscht is the center of everything.'  It is the Ukrainian national dish and is to be made so thick that a spoon can stand up in it.  The name borscht derives from the Old Church Slavonic 'brsh' (beet) in honor of the central ingredient of this stew.  While originally a way to extend a handful of vegetables and various leftovers to feed the whole family over a number of cold winter nights, borscht soon evolved into a more extravagant dish loaded up not only with many vegetables but also many types of meat and sausage.  There are now as many types of borscht as there are babushkas (grandmothers).

For Christmas Eve, the borscht must follow Orthodox Lenten rules and avoid use of meat, dairy, and eggs.  In their place, tiny mushroom-filled dumplings are added to make the stew rich, complex and hearty.  Making the tiny dumplings takes a bit of time, so if you want to cut a corner or two, you can eliminate them from the final dish, although it won’t be quite as authentic.

As with all borscht, the flavor will improve as it sits over a few days.  If you're not vegan and do not feel obliged to strictly follow Orthodox rules, you should consider serving each bowl with a generous dollop of sour cream on top, which is stirred in at the table to make the borscht even more rich, complex, and luxuriant.

We're going to break this recipe into two parts.  Today we'll describe how to make the little dumplings.  Tomorrow we'll make the borscht itself.

In Ukrainian ‘vuška’ means ears, and these little filled dumplings do look this way.   They also greatly resemble small tortellini.  Make them ahead of time and keep in the refrigerator until ready to be put into the borscht 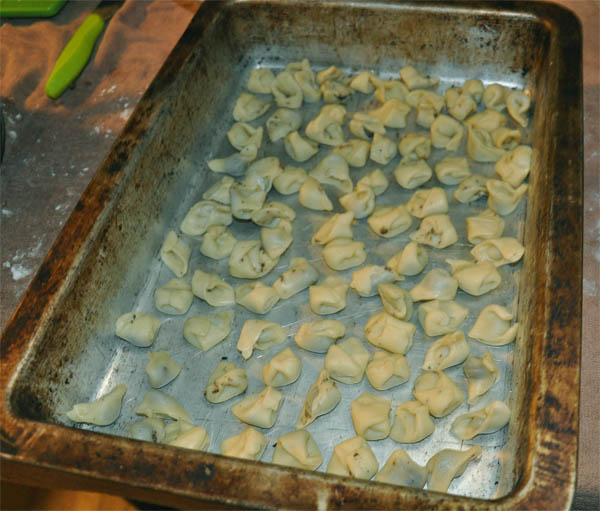 salt and pepper, to taste

Heat oil in a small pan over medium heat.  Sauté onions until lightly golden, about 10 minutes.  Then add in the mushrooms and cook for another 10 minutes until the mushrooms have lost and evaporated their water.  Remove from heat and let cool.  Put mixture into a food processor and grind into a paste.  Add in bread crumbs, season with salt and pepper, and mix well.  Set aside.

Mix flour and salt together in a medium-sized bowl.  Make a well in the middle of the flour and add in the oil and 1/3 cup water, and mix into the flour with a sturdy spoon, working from the center out.  If there is not quite enough water to bring up all the four, add in a little more a tablespoon at a time.  Once you have a ball of dough, transfer to a floured surface and knead until smooth, about 2 minutes.  Cover and let rest for 30 minutes.

Roll out the dough very thin, about 1/16 of a inch.  Cut into 1 inch squares.  Place ¼ teaspoon of mushroom filling near the corner of a dough square.  Moisten the edges with a little water, and fold in half along the long axis to make a little triangle.  Seal the edges so that the filling won't escape.  Bring the opposing corners of the triangle together and pinch to seal.  Place on a lightly floured baking sheet.  Repeat until all of the dough is used up; you should be able to make at least 50. 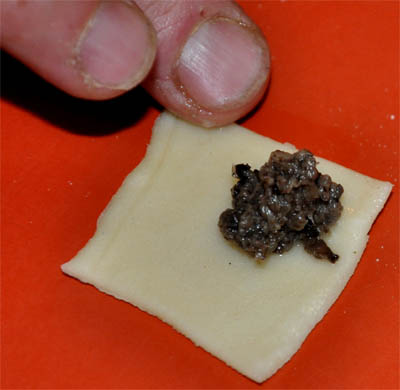 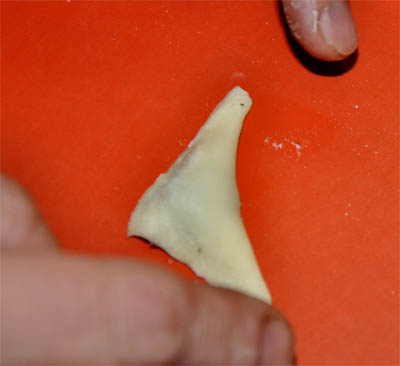 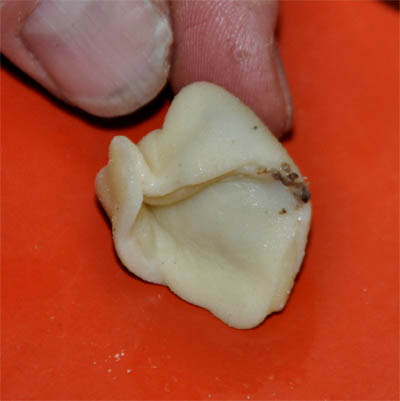 These are a bit fiddly to make, and it will be much more enjoyable if you can get a few other people to help make them with you.